Today I’m going to share some of the movies I love that are nothing like the books they are based on. In fact, most of these entries took on a life of their own and often have very little to do with their source material. Remember, this is my opinion. Any of you might hate these movies, and if you do be sure to let me know down in the comments!

While the basic story is the same in both of these (Ella is cursed to obey orders and works to remove her curse, while falling in love with a prince), anyone who has both read the book and watched the movie knows they are nothing alike. From the setting (kind of modern fantasy in movie, while straight-up medieval in the book) to the romance (they knew each other much longer and were friends in the book), and even to the villain (his uncle was not even in the book), the two are very different.

However, I love both in their own way. They are pretty much different stories, but both work as their own tales. 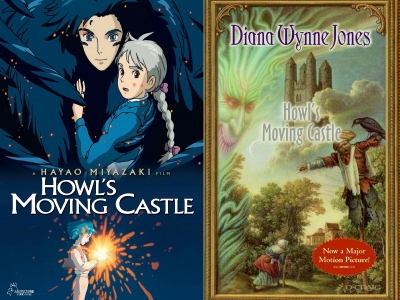 I loved this book growing up. It tells the tale of Sophie, a young woman who gets cursed as an old woman and goes to work for the eccentric wizard Howl. The movie was produced in Japan by Studio Ghibli and famous director Hayao Miyazaki. The two differ drastically, from themes to tone (the movie is much darker) to villain (the witch is the main villain the book, but not the movie).

However, both are absolutely beautiful. It is rare I cannot decide whether I like the book or the movie better. 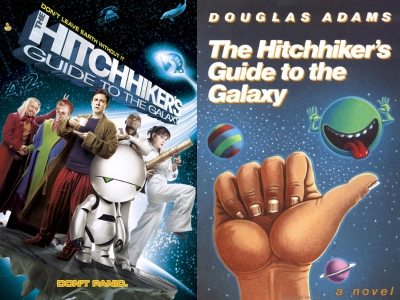 I saw the movie a little after it came out, but I only read the book last year. My opinion is probably less than popular, but I didn’t like the book. The movie was a bit ridiculous, but it was so bad it was good, and I love Martin Freeman. However, the book seemed a bit pointless. Though the two plots do overlap a bit, the movie has a distinct plot (rising action, climax, resolution), whereas the book is a collection of things that happen with little relation to each other.

I’m not saying the movie is amazing, but it still holds a place in my heart because I grew up watching it.

This is the second movie on this list which stars Anne Hathaway. Like my previous entry, I hated this book. I understand the appeal to some people, but I found book Mia whinny and the plot boring. Whereas in the movie, it was a lighthearted story about finding oneself. The grandmother in the book was a bitch…forgive my language. Whereas in the movie Julie Andrews plays a kind, amazing grandmother.

The two plots do have a lot in common but the characters are completely different, like Mia’s best friend Lily being actually a good friend (as opposed to a jerk in the books). Again, I wouldn’t say the movie was a masterpiece, but it was fun and enjoyable.

As many of you following my blog for a bit know, I just read Frankenstein for the first time. Honestly, I was amazed, having grown up with the movie from the 1930s (and other adaptations). The movie is a horror, while the book has deeper themes. I talk extensively about these in my review of the book, if you want to check it out.

Anyway, the ending is changed in the movie, but the biggest difference is the emphasis (the movie on the scary parts and the book on examining human nature). Saying that, I still love the original movie. It’s over-dramatic and a bit ridiculous, but still a classic. 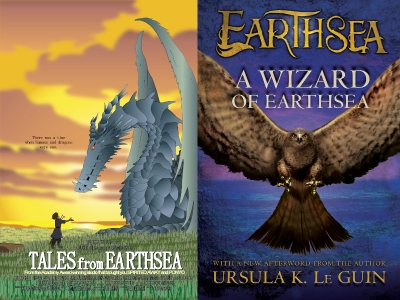 This is another Studio Ghilbi’s film, this one directed by the son of Hayao Miyazaki, Goro Miyazaki. Now, I’ve only read the first book in the book series, whereas the movie picks from several of the books. However, even I know that the two differ drastically, mostly in plot. Like Howl’s Moving Castle, this movie has strong themes which were not in the book.

However, both are extremely fun to watch and read. I really should get to finishing the rest of this book series! 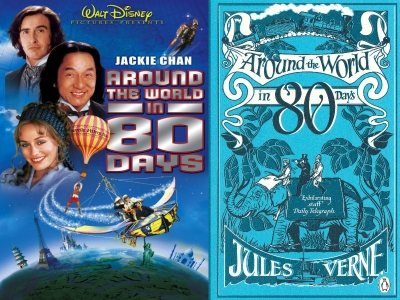 This is another one which a lot of you might disagree with me on. While the main plot is the same (Phileas Fogg makes a bet that he can circumference the world in eighty days, taking along his manservant Passepartout), the main plots and conflict different drastically. Passepartout is French in the book, while in the movie he is Chinese (played by the amazing Jackie Chan) in disguise. This fact brings in a completely different conflict with Chinese warlords.

I love them both dearly (even if the book is a little slow moving), though the movie got horrible reviews (it has 31% on Rotten Tomatoes). The movie is absurd, but still hilarious. Feel free to disagree with me. 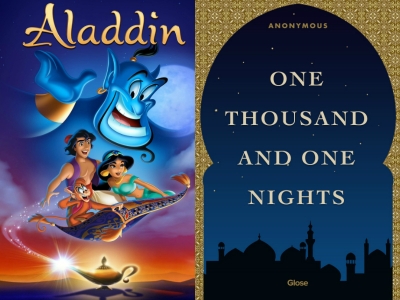 Last year, I took up the arduous task of reading this Middle Eastern classic. Within the book is included the story of Aladdin. Growing up with the Disney movie, I was pretty sure the original would be nothing like the movie (because Disney). And I was right. If you want to have a much better adaptation of Aladdin, I recommend the miniseries Arabian Nights (2001), starring Mili Avital and Dougray Scott.

Although the main idea is the same, the plots are extremely different, mostly because the original is darker. What does Disney have with making dark fairytales seem light and funny (look at The Little Mermaid or Sleeping Beauty)? Either way, both stories are great, though they have a little in common. 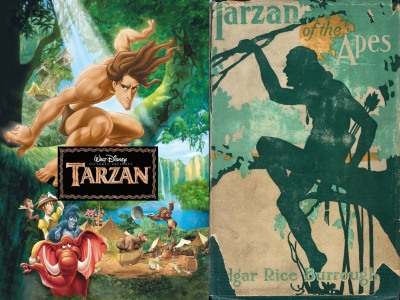 Tarzan (1999)/ Tarzan of the Apes by Edgar Rice Burroughs

Not only does the movie have characters that the book does not (Terk, Tantor—though he is mentioned in the book as a generic elephant, he does not play an actual part—and Cecil Clayton). The book takes place only partially in the jungle and mostly in civilization. There is no big villain in Cecil…etc. I did not like the book, and I still love the movie. I haven’t seen the new movie, but it looked okay.

What are your favorite movies that are nothing like their book but still good? Let me know your thoughts down in the comments and, as always,

Book Review: Lord of the Flies by William Golding

Book Review: The Sun Down Motel by Simone St. James