Halloween is just a little over a week away and it is freezing right now in Minnesota (44 °F, 7 °C as I write this) and most of the leaves have fallen. Fall is almost over and I have a horrible feeling that winter will follow closely on its heels. But I thought I would do one final Halloween tag before the month is over and November is back with NaNoWriMo, Thanksgiving (if you live in America), and probably snow (if you live up north).

I discovered this tag at Mama Kat’s Losin’ It, but according to her it was originally created by Simply Kenna, a Youtuber who low-key creeps me out (but that’s another story). However, I could not find her original video.

These questions may be a bit more creepy than most of my previous Halloween tags, and not as focused on books. Now that that disclaimer is out of the way, let’s get into it!

I did an entire post on this (you can check it out here), but I’ll pick out one I didn’t mention in that video that I’ve been listening to a lot the last few days. It’s jazzy with a creepy flair. It’s not a purely Halloween song, but there is a tone to it which makes me think of an old, haunted party.

2. Name something you wouldn’t want to run into in a dark forest or in an abandoned building.

I could give a typical answer, like serial killer or ghost or something like that, but I tend to try to think of the most realistic fears. In a forest, it would be running into an animal like a wolf or a bear. In an abandoned building, it would probably be something like a homeless person or a rotten floor which falls out from under me as I descend three stories. I tend to keep my fears realistic.

3. Have you ever played with a Ouija Board?

No, and I never will. In the best case scenario, it’s not real and nothing with happen, which makes it pointless. In the worst case scenario, it’s real and a demon comes out and murders everyone. So, either way, there is no reason for anyone to play the Ouija Board, whether you believe in the supernatural or not.

I have to go with the classics. Dracula. Frankenstein’s creature. The Wolfman. By far, the classics are still the best!

5. The creepiest thing that’s ever happened while you were alone?

I haven’t had really creepy things happen. I do on occasion when I’m alone in my house hear creaks coming from a different room, but I’ve always dismissed it as probably the house itself. I will say that after I watch a scary movie or read a horror book, I tend to think I hear more things that I wouldn’t notice otherwise. Thus, I’m pretty sure it’s all in my head.

6. If you were dared to spend the night in a “haunted house”, would you do it?

Depends. I would have to ask three questions first. Would it be legal (in other words, is it an abandoned house with ‘no trespassing’ signs or is it a cozy hautned bed and breakfast)? Would I have a bed to sleep in (because there is no way I would stay awake the entire night)? And finally, could I lock the door so I know that no one could play a prank on me while I was completing this dare? If the answer was yes to all three things, than I would totally do it.

I suppose to depends on how you define superstitious. If it means I believe things like ghosts, demons, etc. are real, then probably yes. If you are asking me if I believe that if I break a mirror I’ll be cursed for seven years, than definitely no.

8. Do you ever see figures in your peripheral vision?

Um…no. And if you do, you might want to go see a optometrist. However, upon saying that, there are constantly things that look different when you see them in your peripheral and when you turn you realize it was just a curtain or something. 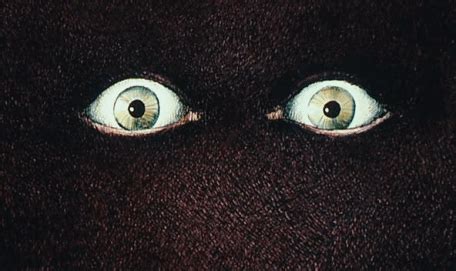 9. Which urban legend scares you the most?

A lot of urban legends are a bit far-fetched, but the one which creeps me out the most is the “Kidney Thieves” legend. It’s about a tourist in a strange place who gets drugged and wakes up in a bathtub with a kidney gone. I think the reason this one creeps me out more than most is because the human organ market is a real thing (even though the particulars of this urban legend are not). In many poor countries, people are even forced to sell their organs to survive. That’s just creepy!

10. Do you prefer gore or thrillers?

Thrillers. Gore tends to get boring very quickly. You constantly have to get more and more shocking, and usually you get to a point where nothing is shocking anymore. Whereas thrillers force your brain to work. You’re constantly trying to figure out what is going on and how it will end.

11. Do you believe in multiple dimensions or worlds?

Um…depends. Would you count heaven and hell as multiple dimensions? If so, I guess I do. But I certainly don’t believe Narnia really exists.

Yes, and then I usually tried to drink it (it never went well). As a child, I liked to pretend I was a witch in Macbeth stirring my cauldron, and I’d throw any weird ingredient in (tomato juice, milk, fruit juice, punch, lots of incompatible spices, etc.). And then I would try to drink it and realize what a horrible concoction I had made.

14. Have you ever played Bloody Mary?

No, it’s rather stupid, and a bit like a Ouija board. It’s either fake and pointless, or real and dangerous.

15. Do you believe in demons/the devil?

16. You’re home alone but you hear footsteps in your house, what do you do?

This has never happened to me, but I’d probably grab a baseball bat and see who it is. Maybe it’s just one of my family arriving home.

17. If you got trapped in one scary movie, which would you choose?

Leprecaun (1993). It is the stupidest movie. The characters literally get chased around by a three-foot-tall man. I feel like I could survive with ease, and he’s kind of hilarious.

18. If you could only wear one Halloween costume for the rest of your life, what would you be?

Morticia Addams. Who would choose otherwise? It would work on every occasion for Halloween. Fancy dinner party, perfect. Fun, casual party, great. Stay-at-home and Netflix and chill, fine. It’s perfect!

19. Would you ever go to a graveyard at night?

Sure. I certainly wouldn’t do anything bad while there, though, like play the Ouija board or dig up graves. But to just take a walk in the silent night sounds amazing!

20. In a zombie apocalypse what is your weapon of choice?

Blood or brains substitute, obviously. You just pour it around and zombies won’t come near you. And then you can pour it on your living enemies so that the zombies attack them. It sounds perfect, and slightly evil…

21. Would you rather go to a Halloween party or go trick or treating?

Halloween party, probably, if it’s a small one. I don’t eat much candy, so trick or treating is pretty pointless to me. And who would say no to listening to The Monster Mash and bobbing for apples (does anyone even do this?).

22. You’re in a horror movie. Are you the final girl, the first to die, the comic relief, the skeptic, the smart one, or the killer?

The sarcastic one (a combination between the skeptic and the smart one, I suppose) who figures out who the killer is, and ends up being killed, second only to the final girl. That’s probably me.

23. Do you have to watch something happy after watching a horror movie so you can go to sleep?

No. I don’t get scared easily, unless it is more of a realistic horror (like about demon possession). Then I might watch a couple light YouTube videos, but even then usually I’m fine.

I confess nothing! However, I have been known to be very vocal with the characters. I mean, how stupid can most of them be? Usually, I tell them how to save themselves and it’s their own fault that they don’t listen!

Neither. I don’t get scared easily, but I think scaring someone is a bit cruel, especially if you know they are easily scared.

I love the classics. Dracula by Bram Stoker. Or any short story by H.P. Lovecraft.

27. How old were you when you saw your first horror movie?

28. What was your first Halloween costume?

The first one I remember was this itchy pink princess costume, but I may have been dressed up before that and I don’t remember.

29. What are you going to be for Halloween this year

I mentioned this in my previous Halloween tag, but this year I’m in the middle of selling my house, so I have no plans as of yet.

30. If you could have a spooky halloween pet (black cat, owl, bat, rat, wolf), what would you pick?

This was a rather long tag, but it was a lot of fun to do! What are some of your answers to these questions? Let me know your thoughts down in the comments, follow my blog for more madness and, as always,

I feel like so many retellings of classics fail to deliver the heart of the original, but this series is one of the few which captures Sherlock Holmes and makes it into something new.
Books, books, and more books. Recently I repainted my bedroom and had to move all my books. There is something gloriously chaotic and beautiful about piling books as high as they can go against a wall without toppling over.
Just started War and Peace, a book I've been avoiding reading for years... we're going to take it slowly, 10 pages a day. Wish me luck!
Yesterday I went shopping for books. Clearly I needed a relapse after getting rid of 35 books! I just can't resist very old books! Book education, in my opinion, is the best education. Luckily, I only bought 5 books.
Reading Thoreau for the first time and realizing how much he's full of himself... #bookstagram #darkacademia #henrydavidthoreau #walden #classicbooks
Gone With the Wind. A beautifully written book about a horrible young woman. Lol, I don't understand why anyone actually likes Scarlett. #bookstagram #classicbooks #darkacademia #reading

10 Non-bookish facts about me