It is the best of times; it is the worst of times. And another year for reading books is gone. Once again this year I have read way too many books. As of when I’m writing this I have read 197 books according to my goodreads page. 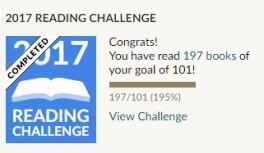 I am prewriting this blog because I am planning to take the week following Christmas off to get caught up on writing one of my books. But before I disappear into the black hole that is novel writing, I wanted to share with you guys the best and worst books released in 2017 that I read.

Disclaimer (because I feel like people will get upset if I don’t add this): just because I disliked these books did not mean they were horrible books (though in my opinion they were). Reading is subjective; something I hate you may love. Just keep that in mind before posting angry comments. I completely concede that any book on this list may just reflect back on me, the reader. 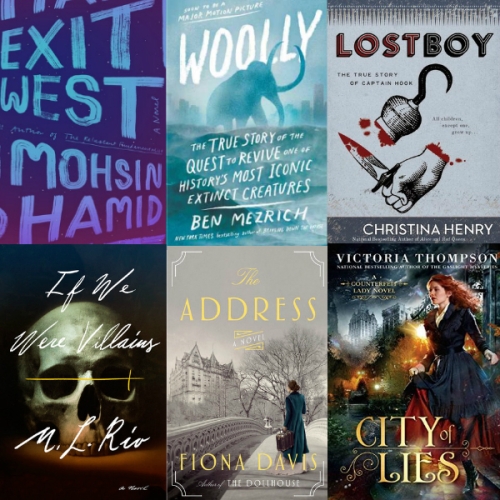 This book was HUGE this year and everyone was saying it was great. So I picked it up and I hated it. The male and female protagonists aren’t likeable and the plot is all over the place. It has a great premise and it could have been amazing, but because it is just so weird it felt like a forced romance which ignored the brilliant surrounding setting.

Wolly: The True Story of the Quest to Revive One of History’s Most Iconic Extinct Creatures by Ben Mezrich

In my opinion this book’s title is a misnomer. It makes it sound as if scientists will actually make progress. Instead, this book is more filled with the lives of the scientists and less about actual info about Wolly. It’s boring until about three-quarters of the way into the book and just when the book shows potential it ends. I was really disappointed.

I grew up loving the original Peter Pan book as well as multiple film adaptations. However, this book just fell short to me. I was amazed to find out it was a horror, because it doesn’t really feel scary. You’re supposed to like Hook and hate Pan, but in reality I didn’t care what happened. Pan’s evil wasn’t subtle. If the conflict had been more internal and Hook more complex, I think I would have loved this book.

If We Were Villains by M.L. Rio

I picked up this book because it revolves around a group of teens acting in Shakespeare (and I love Shakespeare). Not only did the deep meanings of Shakespeare get pushed away for shallow teen angst, but the mystery/thriller part of the book was predictable and the majority of the characters were intolerable. I did like the ending, so I won’t disparage this book so much.

The Address by Fiona Davis

I’m not sure this was the worst book of the year, but it was so average it annoyed me. For a historical novel, it felt like the research was done really well but because all the characters were just so predictable (as was the mystery) that the cool historical context was ruined. But again, because I really liked all the historical tidbits, I can’t hate this book too much.

City of Lies by Victoria Thompson

I loved Victoria Thompson’s Gaslight Series (it’s one of my favorite historical cozy mystery series). However, this book fell rather short. It’s predictable and, though I do like some of the characters, many of them were so similar that a lot of the characters just faded into the background. The first few chapters were amazing, but then it was extremely boring with little rising conflict until near the end. Since the beginning and end are so good, I can’t hate this book too much, but I probably won’t be checking out it’s sequels. 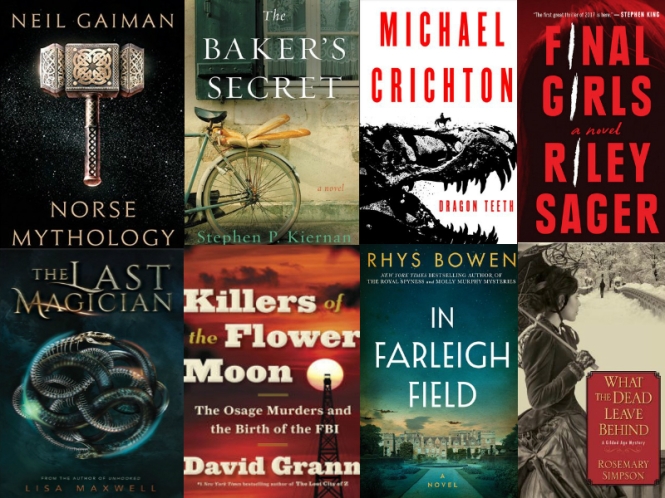 I know nor care much about Norse mythology, but I do love history so I picked this book up. And I was surprisingly impressed. Neil Gaiman for me is really hit or miss. Some of his books I love; some of them I can’t stand. But this one is one of the great books this year that  I really enjoyed. It tells about so many of the Norse gods that I’ve only heard about in Marvel movies—like Thor. Love this book; it was so much fun to read, especially for someone who knows nothing about Norse mythology.

I have read so many books set in Nazi occupied countries in WWII that most of them get mixed up in my mind. But this one really stood out to me for having both interesting characters and never boring plot. It really does well to balance action with character development. The moment the scenes start to feel stale, something happens which changes the story. So I found this book very enjoyable.

If you are a fan of Louis Lamour or you love westerns, this book is amazing. Written by the same author who wrote Jurassic Park, this book was released posthumous after Crichton died in 2009. I found it a really fun, incorporating the history of dinosaur bone hunting in the Wild West with a fun action/adventure. The characters were all extremely interesting and it’s a surprisingly quick read for those who don’t want to jump into reading a four hundred page book.

This book gave me conflicted feelings. I loved the beginning, hated the first part of the middle and then loved the rest. Thus why I didn’t give this book full five stars…because I just couldn’t. The plot/mystery is amazing and the tension is great. I wouldn’t say I liked most of the characters, but I will say they were interesting. It’s not my type of book, but it was so good I had to put this on my best books of 2017 list.

The Last Magician by Lisa Maxwell

I don’t read too many fantasy books, but I was actually impressed by this book. The world is extremely complex and interesting. I do think the book could have been compressed a little bit (it’s over five hundred pages), but besides that I enjoyed the characters and the plot twists. Pretty much every character stood out to me as a unique person, which is rare to find, especially in a fantasy. I really didn’t like the romance, but I’ll just ignore that.

Killers of the Flower Moon by David Grahn

This is not the type of book I usually like; true crime books really aren’t my thing, though I love crime documentaries. But this one was truly chilling. Although this is a true story, it really blends the fictional retelling of scenes with fact well. The suspense is incredible. If you read one book this year, I would recommend this one.

In Farleigh Field by Rhys Bowan

This is another mystery author that I absolutely love (she wrote the Molly Murphy series as well as Her Royal Spyness series, which you probably saw on my cozy mystery post last week). This one is less of a mystery and more of a WWII drama. There are a lot of characters introduced in a short time, but I really loved how to plot progressed. This book is both great for a historical mystery fan like me as well as just someone who likes family dramas.

What the Dead Leave Behind by Rosemary Simpson

I read a lot of historical mysteries this year, but none of them really stood out to me like this one. It really pulls you into the mystery immediately and doesn’t let go until you’re gasping for breath on the last page. The characters are both relatable and unique, and the ending brought everything together just perfectly. I’m pretty sure I read this book in one night—I just couldn’t put it down. I can’t wait for the sequel, which is coming out early next year.

What are your worst and best books from 2017? If you’ve read any of these books do you agree/disagree with my opinion? Let me know down in the comments, follow my blog for more posts, Happy New Year and, as always,

Leave a Reply to Diana @ Thoughts on Papyrus Cancel reply