When I’m writing, I tend to listen to a lot of movie scores. Not only is it beautiful, classical music, but it helps with the feelings I wish to convey in any given scene. There are a lot of amazing movie scores out there, and one of my favorite channels on Pandora is merely called Film Scores Radio. I put it on whenever I’m writing.

So here are my top favorite movie scores. Like I said, these are merely my choice and there are a lot of amazing soundtracks which did not end up on this list. 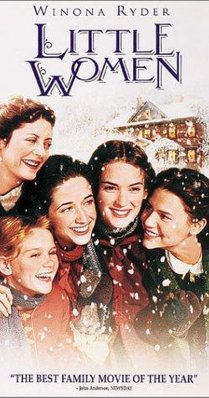 For me, this music is so nostalgic. I heard this music when I was a child and first watched this movie. Its score is filled with deep sounds of cellos as wells as shrill sounds of violin. There are both more pleasing, uplifting songs and more somber songs.

Like many, this movie made me cry, and one of the reasons it was so poignant was because of its music. It is beautiful, and does something rarely done in movie. That is, to create happy music to come across as melancholy.

Michael Giacchino composed the score, and I think it was due to his music that the scene in the beginning is so heartbreaking. Check out Ratatouille (2007), Jurassic World (2015), and Rogue One (2016) for more of his exceptional soundtracks. He also did a lot of sci-fi action movies, like Star Trek (2009) and some of the Mission Impossible films, but I’m not very fond of action-packed scores for writing.

I am combining both the 2005 movie and the 1995 mini-series into this entry, as both have similar types of instruments (mostly piano and violin) and sounds (Georgian reproduction). This music is much more chipper than those on my list. If you are writing a history novel, especially a romance, these scores are for you. 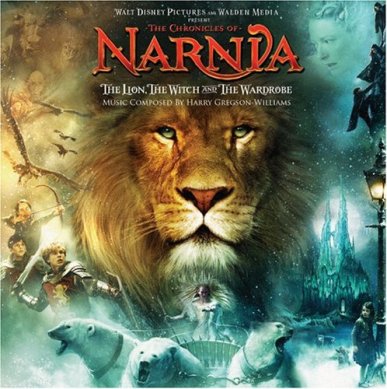 So far, there are three movies in this series (the next one may come out eventually—fingers crossed). It has exquisite, epic music for writing any sort of fantasy. But it also has a childlike, old fairytale type of feel.

The first two movies (The Lion, The Witch, and The Wardrobe and Prince Caspian) were scored by Harry Gregson-Williams. He also lent his talents to films such as Sky Kids (2001), Shrek (2001), Sinbad: Legend of the Seven Seas (2003) (horrid movie, gorgeous soundtrack), and The Zookeeper’s Wife (2017). He also aided in creating music for several of the Metal Gear Solid and Call of Duty games, for those of you who are gamers.

The third movie’s score was composed by David Arnold, who also composed the soundtrack for Independence Day (1996), Amazing Grace (2006), and Hot Fuzz (2007) (one of the best stupidest movies ever). 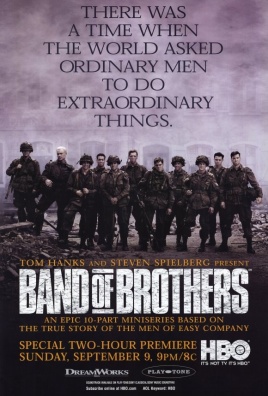 No list of scores would be complete without an exceptional, moving war soundtrack. And this is my favorite, though you may be surprised to hear I have never actually watched the miniseries. This is the music you want to listen to when you write a death scene…that’s a little depressing now that I said it out loud. It is filled with hope in the darkest times, and the music really shows that. 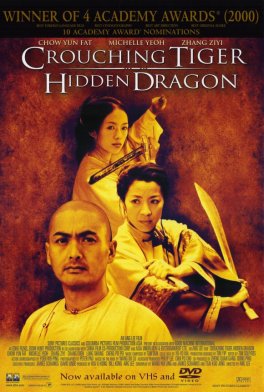 Leaving America, for me this list would not be complete without inserting at least one exceptional foreign score. There is something so beautiful and relaxing about Chinese music and as this movie is one of my favorites, I cannot help but listen to the melodic tunes throughout. Its sound is often haunting one moment and then upbeat the next.

The music was composed by Tan Dun, who writes some of the most beautiful opera and symphonic music I have ever heard. Some of his other movie scores include Hero (2002) and The Banquet (2010)

While this series has frequently changed the talent behind it (director, actors, etc.), what has not changed is the presence of one musical genius behind all the movies. Even the dreaded middle films are filled with exceptional music. You can destroy them for plot, characters, pacing, and most everything else, but throughout, all eight (as of 2017) film scores have impressed me.

The one mind behind this music is John Williams, who composed the music for the original trilogy, the prequels, and now the sequels. The only entry he did not compose was Rogue One, who was created by Michael Giacchino (who has already been mentioned on this list).

John Williams is currently eighty-five years old, which suggests how impressive he is for being the musical genius behind a production which has lasted nearly fifty years. And Williams has been composing movie scores since the 50s.

I mean, that list itself is impressive and those are just the most famous ones. This man, indeed, is to movie scores what Steven King is to horror novels.

Speaking of John Williams, here is another of his exceptional soundtracks. Actually, until I looked up who did the music for both the Star Wars series and Schindler’s List, I had no idea it was the same person.

There is little I can say about this composer that I have not already said. However, this score contains some of the most moving music I have ever heard. It is truly a work of art, as is the movie itself.

Another movie with similar moving music and story is Life is Beautiful (1997), from Italy, composed by Nicola Piovani. That is another similarly beautiful score.

Like the Star Wars Series, these six films’ scores were all composed by the same man. And also, similar to my number 3 entry, while there was a lot to be desired from the second series of The Hobbit, music was not one of those things.

Canadian composer Howard Shore scored all six films. The music at times is moving and at times thriller-packed. Some of Shore’s other music scores include Mrs. Doubtfire (1993), Gangs of New York (2002), and Hugo (2011).

So what do you guys think? Do you agree with my list? If there some film scores that you believe warranted a mention on my list? Let me know and, as always…

Best wishes on a life full of adventure,

What did you finish reading recently? I just finished this today, a romance spanning decades in Cuba during a time of revolution. I loved the setting and details of living through such political upheaval even if the romance wasn't the best.
Current read. This is nearly a century old high school student's school book. So interesting how historiography was done different even a century ago! And of course, my dog wanted in on the photoshoot.
Current read, exploring modern China. I hate all the random objectifying of women but the descriptions of different provinces of China are really pretty! Currently halfway through. What are you reading now?
Never forget.
Visiting one of my favorite streets, including a used bookstore. I succeeded in buying only one book! Dorothy Sayers's unfinished mystery.
Just started this book. It's an autobiography of a samurai from Japan in the late Edo (also called Tokugawa) era (mid 1800's). It's kind of a what not to do to be a good samurai, lol.

New Releases I might check out for the rest of 2021