Many of us are addicted to fright. Horror movies and novels make a fortune in sales every year, and we readers and viewers cannot get enough of that which terrifies us. That which keeps us awake at night and jumping at very bump in the night.

I have always been obsessed with both horror movies and novels, and most of my favorite horror books are those classic novels and short stories that have haunted readers for decades. And, after writing my recent Top 9 Victorian Authors, I decided I should talk a bit about classical horror writers who had us quaking in our boots for decades (alright, I will stop with the clichés).

My only criteria is that, like an antique, the author must have written more than fifty years ago. Thus why you will not see Steven King (one of the best horror writers of all time) on this list, since he started publishing in the seventies. So, let us begin. 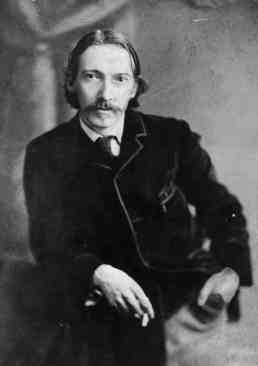 Adventure is probably more likely to come to mind when thinking of this author, as he penned both Treasure Island (1883) and Kidnapped (1886). However, this author, like several on my list, is worth mention due to one classic novel he wrote. That is, The Strange Case of Dr. Jekyll and Mr. Hyde (1886). This novella which explores dual personality is one of the most famous horror stories of all time. Its themes of a good/bad side of everyone, morality, and introversion vs. extroversion are so poignant they still fascinate both readers and writers up to this day.

Stevenson did write several other horror short stories which are well worth a read-over, such as “The Body Snatcher” (1884)—inspired by the real life Burk and Hare murders and the doctor Robert Knox who aided them—and “Markheim” (1884).

This name is probably the most recognized on this list. Stoker, of course, is known for his 1897 horror novel Dracula. This book probably has more adaptations and remakes made than any other novel. Bram Stoker created a haunting world surrounding his vampire count, and his characters still enchant us today. I would make the argument that, without Stoker, Twilight would not exist. Just think a moment about that.

While, like Stevenson, Stoker only wrote one full horror novel, he wrote many short Gothic stories, some of which were compiled into Dracula’s Guest and Other Weird Stories (1914). Some of his horror short stories include “The Bridal of Death” (1903) and “The Burial of the Rats” (1914). 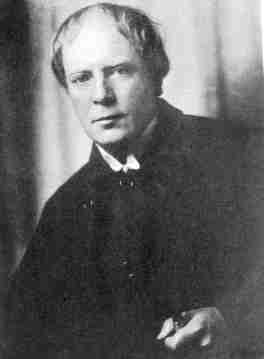 Odds are, even if you are a fan of classical Gothic novels like I am, you have never heard of this man’s name. But let me just say that his novella The Great God Pan (1894) is one of the creepiest stories I have ever read. Dealing with the Greek God Pan (god of nature), it examines paganism, possession, and murder. It is truly a chilling tale. Another one of his better known works is the novel The Hills of Dreams (1907), which presents a story of a young artist and his downfall into madness.

Unlike my previous entries, Machen was almost entirely devoted to supernatural writing. While he wrote few novels, his short stories are considered by many as some of the best horror shorts of all time. Some of these short stories include “The Inmost Light” (1894), “The Red Hand” (1895), and “The White People” (1904).

Mary Wollstonecraft Shelley published one of the most famous horror novels of all time when she was only twenty-one years old. That book is, of course, Frankenstein: or, The Modern Prometheus (1818). For me, I never found this book to be scary, and instead I just feel really bad for everyone involved. Saying that, it is a beautifully written book, filled with yearning of the human heart and murder.

Best known for his short story “The Legend of Sleepy Hollow” (1820), Irving mostly wrote essays and histories. Despite being most famous for this short story, he never did get into writing horror stories and instead wrote about legends. While I grew up reading this story as well as “Rip Van Winkle”, I am less familiar with this author than I am with many on this list.

Because of this, I will merely mention a couple other of his short stories which could be defined as horror in a sense. That is, “The Devil and Tom Walker” (1924) and “A Legend of Communipaw.” 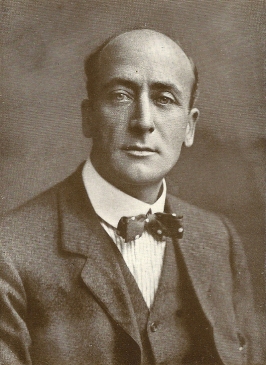 First of all, I am mostly including this author because his name is pretty awesome. I mean, honestly, it screams horror writer without me even explaining his profession. His ghost writing is some of the creepiest I have read, and very much filled with vivid detail.

He is most known for two novellas he wrote: “The Willows” (1907) and “The Wendigo” (1910). Most of his stories deal with that evil which hides in the wilderness and usually his plots deal with people lost in forests and outdoors, haunted by something. In a sense, his works are the precursor to camp horror films (like the Friday 13th movie franchise).

Like Stevenson, Wells is not strictly a horror author. However, unlike Stevenson, I find even Wells’ science fiction novels to still be very haunting. Most people probably know this author due to books like The Time Machine (1895) and The War of the Worlds (1898). However, for the purposes of this blog post I will mention his two most famous horror books: The Invisible Man (1897) and The Island of Doctor Moreau (1896).

Many of his stories are more of a mix of horror and science fiction, blending strange worlds with darker themes of murder and madness. He is probably the most prolific author in this list, having a career that spanned more than sixty years. I have only read a few of his books and short stories, but he also wrote many non-fiction and essays. Personally, I found The Island of Doctor Moreau to be Wells’ creepiest work—I am never reading that book again. 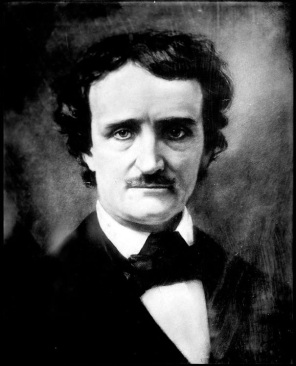 It should be no surprise to see Poe’s name on this list. All of his stories are either in the genre of horror or simply a hint into the mind of a troubled man. His writings often border on madness, but are brilliantly written. Unlike so many writers, Poe does not waste any words. Every single sentence and stanza is filled with potent information to give both story and aura of misery. It is impossible to mention all of his most famous works, as there are simply too many.

This author is my personal favorite horror writer. If Poe teeters on madness, Lovecraft jumps into the sea of hysteria and gives us the murky water to drink. The other authors on this list created a novel, perhaps several books or stories. With Lovecraft, he created a world. He envisioned an entire, horrifying mythos where the world is awaiting the awakening of the sea god Cthulhu, who will eventually rise up out of the sea and destroy humanity. Until then, however, he will use minions and cult worshipers to make everyone’s life a living nightmare.

While not all of Lovercraft’s horror stories deal with this mythos, his more popular stories do. His most famous short stories include “The Call of Cthulhu” (1928), “The Shadow Over Innsmouth” (1931), and “Dagon” (1919). I highly recommend any of his short stories, and many of them are online and easily accessible.

What are your favorite classic horror authors? Did I miss any you would have included? Let me know. And, as always,

Best wishes on your life full of adventure,