My Lady’s Choosing: An Interactive Romance Novel by Curran Kitty

I’m usually not a fan of romance novels of any kind, but the format of this one caught my eye. What I love about many video games that books lack is the power of choice. You can choose what your character does. In books, everything is the author’s choice. I’ve read a couple other interactive novels before as a child, but I’m curious how this one will work.

You play as a penniless young lady in eighteenth-century society. It is your choice who you choose to marry, if you want to go on adventures, etc. This book could be horrible, granted, but I’m too curious not to read it! 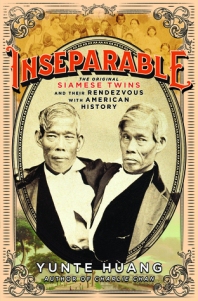 Inseparable: The Original Siamese Twins and Their Rendezvous with America History by Yunte Huang

I am fascinated by 19th century circuses and freak shows. They are so sad and yet so moving. A while back I even did a book review on The Life She was Given by Ellen Marie Wiseman, which follows a girl sold to a circus. You had check out my review here. I had heard of these brothers, but I knew little about them, so I really am looking forward to reading this book.

Chang and Eng Bunker (1811-1874), were conjoined twins from Siam (now modern Thailand) who were “discovered” in 1824 and brought to Boston to join a freak-show, becoming celebrities in their own right. They even married two sisters (a little creepy), which resulted in twenty-one children (really creepy). I’m really curious to read this book and discover more about their lives, as well as how freak-shows worked during that time. 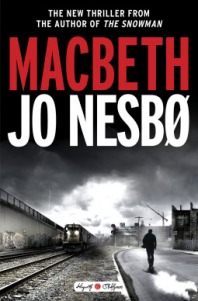 I have no shame in admitting that I want to read this book purely because of its connection to Shakespeare’s famous play by the same name. I have no idea how close this modern retelling will be to the classic Scottish play of knights, kings, and revenge. I have not read Nesbø’s previous books (despite people raving about his writing and the horrible The Snowman movie which came out recently), and if I like this book I may give his other books a chance, even if I am not a huge fan of thrillers.

The plot is set in a northern town, where a corrupt police officer plots against his loyal colleagues, a drug-filled underground, and old friends in this modern, darker retelling of Macbeth.

A Death of No Importance by Mariah Fredericks

I read way too many historical mysteries then is probably good for my health, and when I caught sight of the plot of this one—by a debut author, no less—I could not help but feel excitement.

Set in 1910 New York City, Jane Prescott is a talented ladies’ maid to the rich and wealthy of the city. Just after her mistress Charlotte Benchley makes a shocking announcement of her engagement to notorious playboy Norrie Newsome, he is gruesomely murdered. With the understanding to pass among the wealthy without being noticed, Jane is uniquely equipped to solve a twisted case of wealth, rising anarchy, and grisly murder. I’m so excited! It looks so good! 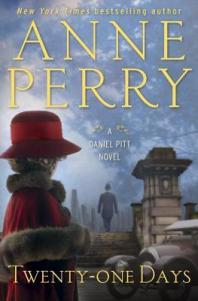 I did just tell you I am way too obsessed with historical mysteries and to drive home that point, here’s another one. I love Anne Perry’s Charlotte and Thomas Pitt mystery series, starting with The Cater Street Hangman. If you haven’t read it and like historical mysteries, I highly recommend it. I’m not at all sure how related this series will be to the Pitt series, but I am aware that the protagonist is Charlotte and Thomas’s son, Daniel Pitt.

In 1910 (same as my previous entry, oddly enough), Daniel Pitt is a disgruntled lawyer who would much rather like becoming a detective like his father. When Russell Graves, a man who Daniel is helping defend, is sentenced to death for murdering his wife, Daniel must rush to find the real killer before Graves is killed in twenty-one days. Again, this one looks really good!

I’m not sure if April is just not a great month for books coming out, or if all the good books coming out are sequels to massive fantasy series (which I don’t often read). Either way, I’m surprised there are only five books on my list this month. Of course, I tend to learn about more books after they come out. But, as of now, these are the books I’m looking forward to coming out next month.

Are there any books you’re excited for April, 2018? Let me know down in the comments, follow my blog for more madness, and, as always,

My favorite flower: Queen Anne's Lace. Not just because it was clearly named after me, lol. #naturephotography #flowers #spring
Two of my fav books...book memories are great. #bookstagram #books #ladyclementine #thethirteenthtale
I absolutely love spring! Such pretty flowers! #flowerphotography #naturephotography #spring
Just finished this classic. OMG, why have I never heard of it before? It's excellent! Review coming Saturday on my Youtube channel, check my bio for a link. #bookstagram #alanpaton #southafrica #classicbooks #books
My dog is so weird...but adorable. She just sits like this watching people walk by, lol. #dog #doginstagram #naturephotography
The book is The Thousandth Floor by Katharine McGee. #bookstagram #bookphotography

Is Nonfiction more important than Fiction?

Pros and Cons of Studying a Language in School vs. Solitary

Books I own that I’m avoiding