There has been a rising popularity in America with an obsession with Korean dramas. Many people I know who are fans of Korean dramas argue that, in fact, these TV series are better than American dramas. And, in many ways, I agree.

However, I am the type of person to deal in facts. I am not simply one to say: I love Korean dramas and hate American dramas. Instead, I am the type who looks at both the positives and negatives of both sides.

So, whether you are an avid Korean drama supporter or have never watched a TV series made outside the United States, here are some of the biggest differences between American and Korean dramas. 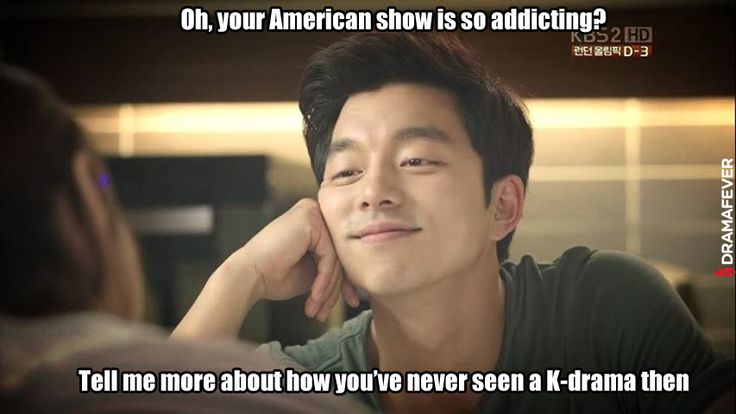 You know that seriously annoying drama that continues on forever. The first seasons are great, but at some point the series just gets repetitive and boring. Well, not in Korean dramas. These dramas are extremely short by American standards, averaging between sixteen to twenty-four episodes—though some do run for around fifty episodes. The only dramas longer than that, known as daily dramas, may run up to two hundred episodes (similar to daily soap operas in America), but each only lasts one season.

One would be hard pressed to find even a single drama that airs in Korea more than one season, unlike American dramas, which can last many seasons until the popularity drops so much that the TV channel is forced to cancel the series, usually without first tying up any loose ends in the plot.

This is one reason I like Korean dramas. Everything is planned out and completed timely. There is no worry that the drama will end before plot holes are explained—that is, if the drama is well written. It is one season. You do not invest your heart in the drama just to have your hopes dashed after years of watching it and never knowing what will happen (that does not mean that your heart will not be ripped out by Kdramas and stomped upon by a herd of wild boars after two episodes, however).

Despite this, there are also drawbacks to Korean dramas’ length. Often times, we want a second season. You get into the characters and the drama, and though the plot is tied up, sometimes certain characters are left alone—like the second male lead, who we will talk about more later. Although I am not a huge fan of series going on indefinitely, I do love to watch a drama for several seasons to really get to know the characters.

Thus, there are both positives and negatives to these lengths. 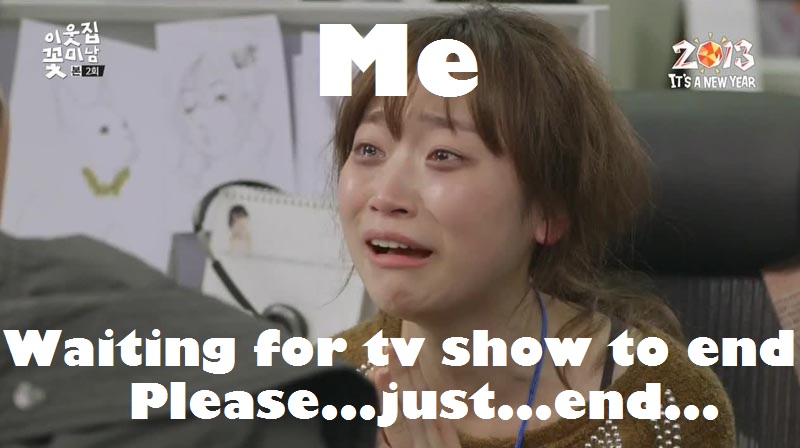 Romance is a prominent feature in pretty much every TV series from around the world. However, in America and Korea it is handled very different.

First, in Korean dramas one romance is forefront in the drama. You know the main couple introduced in the first episode is going to end up together in the end—unless one or both dies, that is. However, in American dramas there is much less certainty of main romance. Characters jump around, going from partner to partner.

Even if there is a main character, there is not often a main couple. Korean dramas, however, have a soul focus on the main couple, though there may be secondary couples who are fan favorites.

Second, sex. Yes, there is no way to avoid this point. Sex and kissing are common in American dramas. You probably cannot watch one main stream episode of any drama without a kissing or sex scene—that is, unless the series has a focus on, say, crime (like NCIS). However, it is very rare to see a kiss scene in a Korean drama and even more foreign to see a sex scene. While some more recent adult dramas in Korea have started incorporating more passionate kissing, it is very dumbed down compared to American dramas.

I, who am not a fan of just watching people slobber over each other when we could be learning who the murderer is or if lies will be exposed, prefer Korean dramas for this reason.

Third—and this is similar to the previous point—, physical relationships are less important in Korean dramas than in American series. Korean dramas give emphasis on the characters getting to know each other. Just holding hands is a big deal in Korean dramaland.

However, in American dramas the couple usually has sex quickly in the series. Korean dramas demonstrate the psychological and emotional effects of relationships—both friendships, parent/children relationships, etc. American series give little emphasis to friendships and more to sexual relationships between characters. 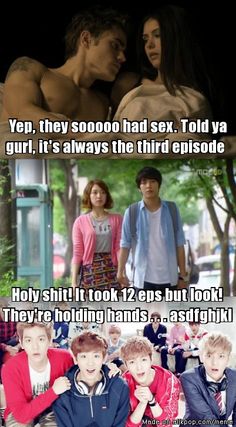 The two sexes are portrayed very different in the two countries.

First: Women. Women are less sexualized in Korean dramas. And, if they are sexualized (for example, commonly wearing skimpy clothing and flirting with multiple men), they are considered the bad girls—the ones who are always trying to steal the main man away from the main woman.

The female protagonist is usually innocent, good, but still quirky. She is genuinely a kind person—despite sometimes being spoiled (in the cast of the protagonist from My Love From Another Star) or clumsy. Either way, she is a morally sound person in many ways.

Second: Men. Now, the biggest difference I see in the two countries’ dramas is how Korea and America differs in what they see as masculine. In Korean dramas, men being more feminine is not seen as less than a man—or gay. Look at pretty much all American dramas. If a man is portrayed as liking fashion and being sensitive to the feelings of others, he is usually gay. Whereas, in Korean dramas men can be all this and yet still heterosexual.

One of my favorite examples is the character Lee Min Ho portrays in City Hunter—if you haven’t seen it, I would highly recommend it. As my mother pointed out the first time I forced her to watch it, he wears pink pants. Not only that, but he has impeccable hair and a great fashion sense. However, he is also a secret vigilante, fighting corruption in the Korean government. He breaks into places, jumps off buildings, and engages in pretty cool fight scenes. This seems like a contradiction, but this is one of the reasons I like Korean dramas—because tough men do not have to be big, muscly guys. 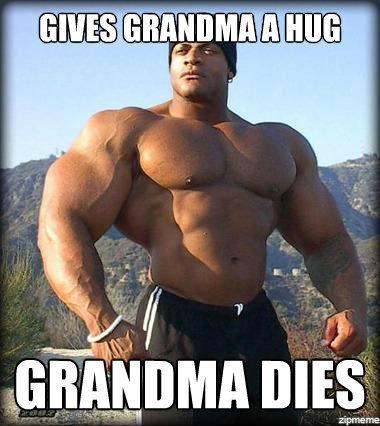 Ah, yes. Now this is a theme that is in pretty much every Korean drama, but something I am amazed to say is becoming more common in American dramas too. This is the one section I will be talking about in which the two countries are actually becoming surprisingly similar. Look at American TV series like The Vampire Diaries, The Shannara Chronicles, and the Twilight franchise (though not actually a TV series).

However, the biggest difference is that pretty much all Korean dramas feature a love triangle which is the main focus of the drama, which always features a woman and two men. While in American dramas  there are love triangles, it is not often one that is as focal to the plot as Twilight’s Jacob, Edward, and Bella.

For me, this is one drawback to Korean dramas simply because it is so repetitive to see two men fight over the poor girl stuck in the middle. It does add drama, but you always know the main girl and guy will end up together, so what is the point of it? Falling in love with the second guy only to know he will end up alone in the end? That is why I do like the rare Korean drama where the girl ends up with the second male lead (like Empress Ki and Nail Shop Paris).

Clearly, I am slightly biased. I love Korean dramas, and have since 2009. However, I will be the first to confess that they have their clichés (men dragging around the girls, for example) and similar plots. But that is the same in America as well. If you haven’t watched a Korean drama, check out a couple. Maybe it’s not your cup of tea. It is mine.

Speaking of tea, I think I want some. Or some Ramen. Yes…ramen. Let me know what you all think of Korean dramas. Are they better than American dramas, or lacking? Which are your favorite TV series—whether American or Korean? Let me know in the comments.

Best wishes on your adventures in life,

19 thoughts on “American vs. Korean Dramas”